Reposted from Paul Homewood’s site “Not a Lot of People Know That”. And they don’t. Did you? Record harvests – is this the climate disaster we are told to fear? “The only thing to fear is fear itself” said Franklin D. Roosvelt. More CO2 makes more photosynthesis. Primary school level science that contradicts the whole army of salaried climate doomsayers. Or as Michael Stipe of REM would put it, “It’s the end of the world as we know it and I feel fine!”

NOT A LOT OF PEOPLE KNOW THAT

The lift was offset by a total 1Mt decline in projections in Canada and Argentina. 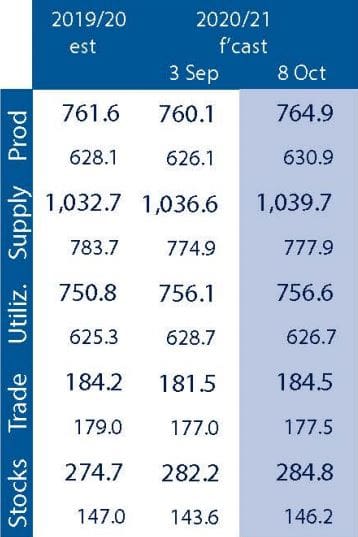 One response to “World Wheat Crop Heads For New Record”